You want Leipheimer? I got yer Leipheimer right here.

Yesterday’s crit was phenomenal. In a Toyota v. Leipheimer/Horner battle, Toyota came out on top. Not to worry, Levi was showered with adoration afterward. The fan-lust was seriously impressive.

I’m under a time crunch here and my laptop is starting to go through death throes :( but I spent last night repairing critical errors so that I could bring you these images.

The Toyota boys took over about 45 minutes in. 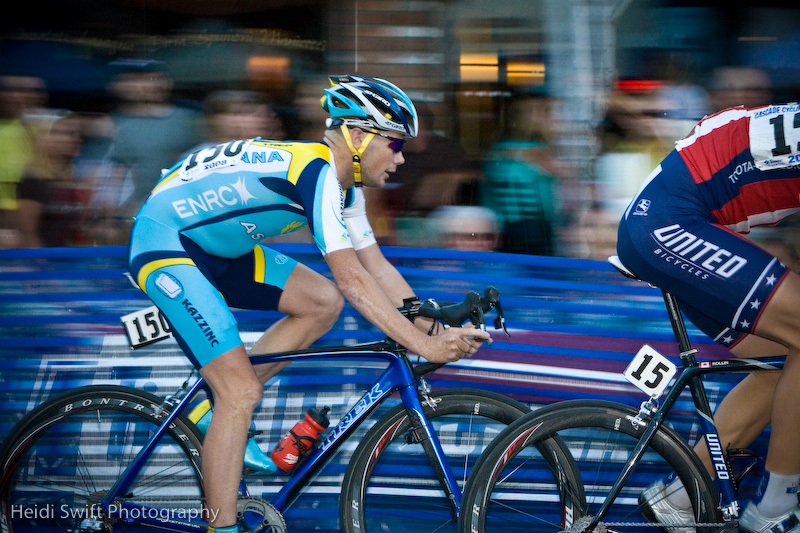 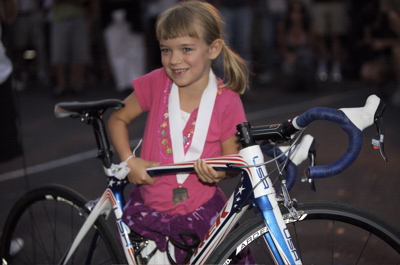 This lucky little cutie got to fondle Levi’s bike. Looks like she also took home hardware in the kiddie race.

He was a real class-act afterward, signing autographs and taking lots of fan pictures.
The mob around him was impressive.

I’ve got photos of Kman in the Cat 2 crit, Sal Collura in the Cat 2 Masters crit, and some of the local Veloforma girls duking it out, but you’ll have to wait!  If things go according to plan, I am going to do something very cool today. More Cascade Classic lovin’ later.

One Response to “You want Leipheimer? I got yer Leipheimer right here.”