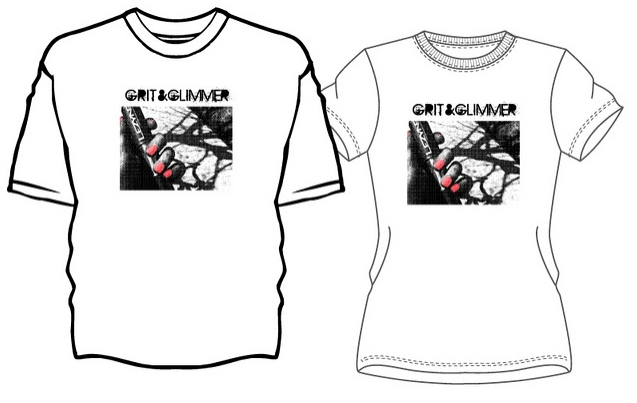 The painted fingernail thing happened almost by accident last year. You see, I can be a grubby, lazy little SOB and one day while observing my dirty fingernails, I thought how clever it would be just to hide the dirt with polish. How convenient for ‘cross season!

I picked a bright red color that matched the accents on my bike and discovered Shellac which is the toughest goddam nail polish you will every find. Anywhere. When normal manicures will chip a day or two into their short-lived glory, the Shellac just keeps givin’. Through mud and gravel and bike washes and well, just about everything. Fuck yeah! I thought. Nail polish built for rough-n-tumble Tomboys like me! Let’s do this shit.

So I did it. And then I did it again. And again and again.

You see, in addition to being grubby and lazy, I’m also pretty superstitious (don’t ask Sal about the World Series of 2005, I did some pretty crazy shenanigans to will them damn Red Sox to win). I had a few good races and thought maybe the polish was the trick. Then they showed up in a few photos and people liked ‘em. And after that? On and on and on.

I’d deviated from my standard-issue Slut-Tart Red (not the official name) when the photo above was taken. (I have to admit to liking the pink-coral color and it matched my kit – bonus.) The rear flat was a real pain in my ass and, as you can see, my grubby, lazy tendencies extend to my poor bike maintenance. Shit was dirty and so, therefore, was I.

I snapped the photo with my phone and tweeted it because in many ways it perfectly represented what Grit and Glimmer is about: paint your nails if you want to, change your own flats, get fucking greasy, know how your bike works, go home and wash off (also, pumps can be sexy – and not just the footwear kind). The so-called laws of femininity are social constructs: fuck them up. That is a direct order.

The good people over at Handlebar Mustache liked it so much, they made a T-Shirt. I’m not makin’ any money off these bad boys, I’m just stoked to have the first ever piece of Grit & Glimmer apparel out in the world. And the real beauty is that HBStache is donating $2 from every sale to MercyCorps to help ease the worst drought that Africa has seen in 60 years.

Anyway, the gist of this is to say, there they are! Get ‘em while they’re hot!

« It's Such a Perfect Day
On (Not) Throwing my Editor Under the Bus »
Filed under: Play
Tags: Cycling, gritnglimmer, handlebar mustache, manicure, Shameless self promotion, shellac, t-shirt, tomboy