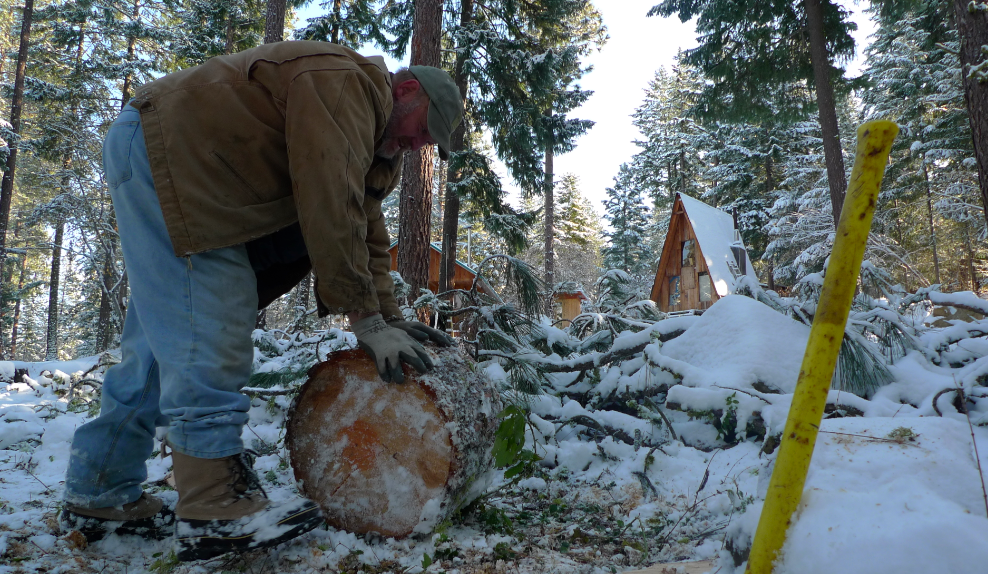 My Father, the Fish Monster

Daddy smelled like fish. That was the fact of it.

He reeked of 15 million pounds of salmon – the ocean dumped out and left to warm and rot on the floor of the processing plant. He worked on the docks of Seattle, processing the shiny, glimmering corpse-bodies until they were racked in tidy filets, perfect for the summer barbeque with the neighbors.

For years, I’d watched him leave in the dark hours of the morning dressed in coveralls, Igloo lunchbox in hand. He kissed me goodbye and called me cherub. He made me macaroni and cheese for breakfast. It was quiet in the mornings when he left and when he hugged me he smelled subtly of industrial-strength detergent mixed with halibut.

In the evening he’d come home wrapped in the smell of 13 hours of warming fish and I’d feign disgust screaming, “Papa – - You stink!” as I sprinted down the hallway to my day bed, where I put my head under the pillow and screamed, “SHOWER!!!!”

Occasionally he still had his beard net on – a flimsy papery cover with strained elastic attempting to contain the red, unkempt wedge of whiskers that we called his “rainbow”. The beard net amused me to no end.

I was 17 when I went into the city with him to pay my dues on the line.

I’d been selling Armani suits to men in a fancy store near, but not in (an important distinction for me), the mall. I was an almost-legal teenage girl with blond hair and green eyes and the sales job felt a little bit like taking candy from a baby aside from the fact that I never felt a stitch of guilt. Babies cry. Men just pull out plastic.

I held up coordinating shirts and ties and called the in-house tailor over when we found a winner. I tacked on a second suit at 50% off because I could. They looked at me and nodded their heads. I wore skirts and shoes with heels. I knew exactly what was going on. I made them confident. It was good money and they were going to knock ‘em dead in that important interview. Everyone was winning. I didn’t think twice.

Then the store went out of business abruptly and there I was, jobless in the summer. It was prime money-making time and I was headed to college in September. I needed to bank cash – and fast.

Dad had a spot on the line. He’d been made manager by then and faced the daily challenge of putting together a crew that could mow through a truckload of fish at lightening speed. There was a strategy to selection. There was a pecking order to the processing line.

The filet guys were on top. They held long, deathly dramatic knives, which they sharpened against one another in a soft, fast motion that looked dangerous and poetic. Occasionally they missed. Finger casualties were part of the deal.

The entire crew was Filipino and they spoke only Tagalog while working. The radio station of choice was a local soft rock station. Without true peers, I passed the hours with Rod Stewart and Phil Collins. I learned all of the words to Sussudio but still cannot tell you what it is about.

The music was the least of my worries. I was well aware that I was Queen Whitey, daughter of the line manager, slumming it for a few months before flitting off to cash in on my full ride at a private university. The disparity weighed on me and I vowed not to accept special treatment. I busted ass. My green eyes won me no favor here, so I kept them turned down and focused on the work.

It was harder than it looked. I started as a de-boner, working with a pair of pliers to pull every slender, near-invisible rib out of the pink filets. I was slow at this. Possibly terrible. We worked in a large freezer and my fingers were cold and clumsy.

They pulled me after a few hours – I was slowing down the progress of the line. It was a demoralizing blow. Here I had fingers that could rip out an AP English timed-write with exact precision and excellence but I could not pull bones out of a fish fast enough?

I was demoted to the racking position, which was the very last step in the process. I couldn’t create a bottleneck if they stationed me at the end of the line. The shame was stinging.

Racking was easy. Lay 6 filets on a large aluminum sheet and then smash it onto the large rolling rack next to me. The rack gets full and I roll it into a holding freezer. Simple enough, but the large rolling racks were made of industrial metal – heavy when fully loaded. I threw my body weight against them and moved them, inch by inch, to their final destination. Here I was – All-League in Cross-Country and I couldn’t move a rack of fish? So much for fitness.

The days were long. Sometimes as long as 14 hours. If you have never stood on your feet in a freezer with plastic gaiters on your arms and a paper hairnet on your head for 14 hours, I’m telling you, you’re missing out.

The aching started in the arches and moved up. The stupor in the brain spread to the heart and infected the guts. My eyes saw nothing but scales and silver, so many fish splayed out and severed in my hands. Shining like metal. Dead and soon-to-be delicious.

The day ended without fanfare. I thought we should celebrate. High fives at the end of a Saturday 12-miler. I wanted companionship and camaraderie.

As the rest of the line wrapped up, I hustled to rack the bodies that were coming down the aluminum table at me. One more rack to move. One more slog to the freezer.

I slammed the last 6 filets into place and leaned hard against the lumbering rack, which had grown heavier as the day went on. No luck. I felt the press of hard metal edges into the bones of my shoulder. I applied my weight lower down and dug my shoe into the concrete in a desperate lunge at the risk of toppling the whole contraption right on top of me. I could see the headlines already, “Queen Whitey Crushed by Defenseless Dead Salmon: Revenge of the Hunted”.

I didn’t care. I die for you, salmon. I fucking give my life for you. I pushed and closed my eyes. Behind my eyelids, flashes of silver and scale shooting erratically. It was pain mixed with delirium and disappointment.

And then, all at once, the rack lightened and moved. It glided easily and I lost my footing as it slipped away from it. I held on, following. I pretended to push. I could see my father’s hand above mine, thick and scarred with fingers disfigured from untreated broken bones.

We reached the freezer and stopped.

In the break room, I pulled the plastic gaiters down and rinsed them in the sink. Hung the plastic apron on the hook. Trashed the little paper hairnet helmet.

Dad and I took the bus home that night. It was a 55-minute trip and the seats around us cleared as we stumbled up the back stairs and sat down.

For the first time ever, I could not smell the fish on my father. I was aware of the glances. The glares. The repulsion. For the first time, my green eyes won me nothing but a piercing message of rejection and horror. We were monsters, my father and I. Fishy monsters. I wanted to roar.

Papa pulled out a novel and I fell asleep slumped onto the Igloo cooler with my head on his shoulder. He woke me when our stop came and we drove the little red truck from the Park N Ride to the house.

Dinner was hot soup. Mom ran me a bath. Dad said, “You did good, cherub.”

The alarm went off the next morning at 4:45am.

20 Responses to “My Father, the Fish Monster”