I’m Heidi Swift, a freelance writer-photographer with a penchant for adventure and a shameless love of cycling. By day I manage a design team at Nike, but in my spare time I am an Editor at Large for Peloton Magazine. ThisIsSwift is the third iteration of a blog I have maintained since 2001 (formerly Grit&Glimmer and TheEverydayAthlete) In addition to providing insight into the “work behind the work”, This Is Swift is a home for content that is sometimes informational, sometimes inspirational, but always, always straight from the gut.

I was raised by wolves in Seattle, Washington before I moved to San Francisco to work with bigger, richer wolves in the advertising industry. That was fun – ad people are out of their minds. I moved to Portland, Oregon after about 7 years of that carnival.

From 2008 to 2011 I penned a bi-monthly cycling-themed column for The Oregonian newspaper. My work has also appeared in Cyclocross Magazine, Bicycling Magazine, CyclingTips, Wend Magazine, VeloNews, Travel Oregon Magazine, 1859, ROAD, Switchback Magazine and CyclingNews.com. In July of 2012, as part of a project sponsored by peloton Magazine and Cannondale Women’s Group, I rode the entire Tour de France route with a team of 5 other tenacious (and somewhat crazy) women. I survived, but just barely.

A reluctant cyclist at first,  I was lured into the painful sport by the siren song of cyclocross. Ten years ago I never thought for a second that I would ever ride a century (100 miles on a bike? What a stupid idea!) let alone the entire 2012 Tour de France course. This just proves that I am not getting any smarter as I age.

I live with my Sal and my cat in a pocket of southwest Portland, Oregon. We stumbled into some dumb luck a few years back and ended up buying the house that Bob Rummer built for his wife back in 1966. If you’re into architecture, that will means something—if you’re not, just ignore me but be warned that you may have to endure some content related to mid-century modern design. 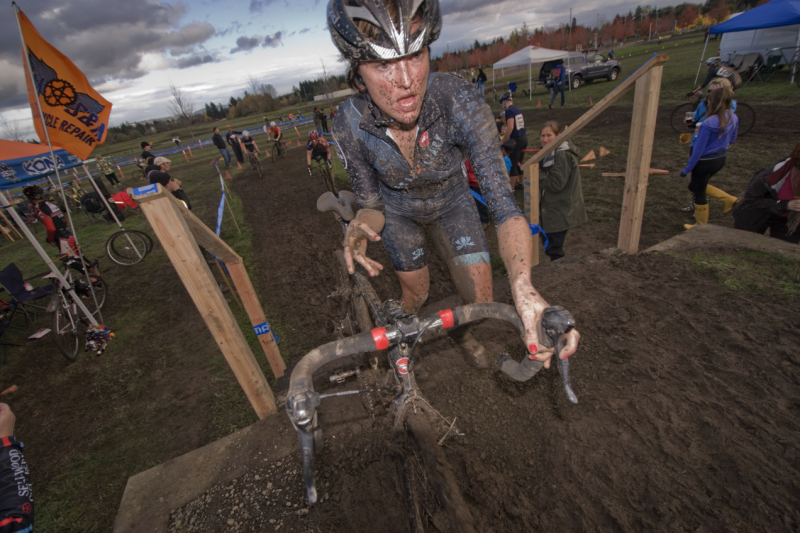 Taking questions from the audience during a live interview with Tyler Farrar. 2011.