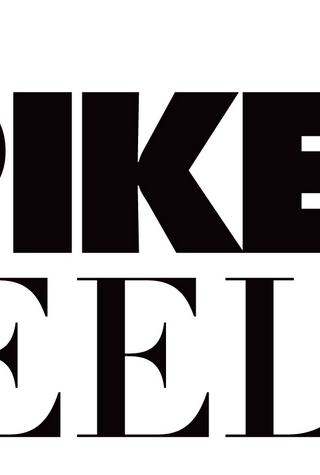 Since I wrote “3 Women’s Fitness Blogs that Actually Don’t Suck“, a lot has changed. Sadly, Maggie Wang stopped blogging and Skwigg is also mostly MIA. Stumptuous (definitely the best of the three) still kicks out some gems, but Krista is pretty busy working on other projects so the updates are fewer and farther between.

These are three of the sites that I’ve been spending the most time with lately when I feel like geeking out on fitness. Enjoy.

I tend to be partial to blogs written by real people with a real voice and a real (singular) point of view, but this “big box” fitness blog actually gets a lot of things right. The articles are straight-forward and useful, not full of fitness hype. As the website states, “Every fact is cited by a PubMed study, every story meticulously verified, and expert approved.” They’ve done a nice job of finding thought-provoking angles and tackling topics you might not expect like how to trust your personal trainer or 15 health and fitness hacks for duct tape  (ok, so I’m a sucker for duct tape).

I also love that they have an entire sub-section under Nutrition that is dedicated to alcohol. (and sleep! and stress!)

From interesting thoughts about women’s only races, to super hipster sportswear wish lists, Muireann Carey-Campbell consistently delivers compelling, relevant content. Her recent foray into cycling as part of 100 women that Rapha is sending to ride Etape du Tour (part of their Women’s 100 campaign) has been particularly interesting to follow. What happens when a completely kick-ass, super-fit, athletic non-cyclist decides to become a cyclist? Muireann is finding out.

Her recent post about a breakthrough at a training camp in Nice is good reading for people just getting into the sport. Reflections on learning to climb and descend are also pretty interesting.

Muireann also pens the wonderful blog, Bangs and a Bun. Here she is, in all her bang-and-bunny glory:

“Because it takes a strong woman to smash the patriarchy.”

My new favorite. Caitlin tells it like it is. Long-form, thought-provoking ruminations on everything from fascist beauty standards to food politics.

In a recent post about Briennes of Tarth, she tackles a topic that has irked me for a long time: “Hollywood’s insistence on giving us female action stars that still look rather underfed”

Hollywood’s insistence on giving us female action stars that still look rather underfed is a blatant example of pop culture-makers wanting to have their cake and eat it too. They want to be praised for having “strong female characters,” but they don’t want to deviate too far from the ever-narrowing standards of fuckability.  They want to make a grab for female fans but they don’t want to challenge the status quo too much. They want to appear modern while still clinging fiercely to outdated beauty standards….

She also eloquently deconstructs the Skinny is the New Strong phenomenon, arguing that by becoming distracted with strong-worship, we’ve lost sight of the fact that we’re still being held to ridiculous, unrealistic standards. We’re missing the point about what it means to be healthy.

We don’t need a new “skinny.”  We don’t need a new beauty standard, nor do we need yet another physical ideal hanging over our every thought and move like a little black cloud of doom.  What we need to do is change the paradigm so that we value our bodies for all of the amazing things they let us do.  We need to expand our standards of beauty to recognize that beauty shows up in all kinds of bodies.  And we need to get over this idea that the most important purpose we serve on is to be beautiful for other people.  We have a right to have healthy bodies, to take up space, to have appetites, to cultivate our strengths in whatever form that may take.  Our time on this planet is precious and we will never, ever get it back, so let’s stop squandering it in pursuit of meaningless ideals we will most likely never attain anyway.  We deserve so much better than that.